On December 25, Christmas is celebrated not only by Catholics, but also by Orthodox Christians from a number of countries, Lutherans and other Protestant denominations. We have collected the top 5 cathedrals in Moscow in which you can celebrate this holiday. 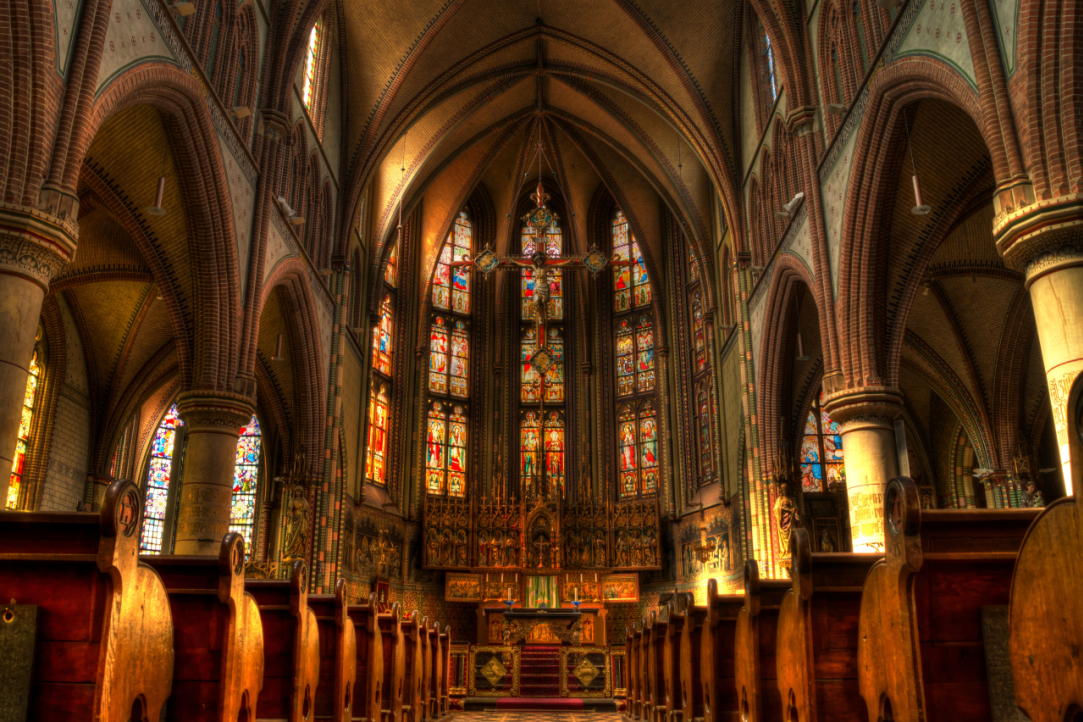 The Cathedral of the Immaculate Conception of the Blessed Virgin Mary

The church in honor of the Immaculate Conception of the Blessed Virgin Mary was erected for more than twenty years: from 1899 to 1911. It was conceived as a branch of the church of the Holy Apostles Peter and Paul: by the end of the XIX century. In Moscow there were already about thirty thousand Catholics, and there were not enough churches. The grand opening of the church took place on December 21, 1911.

In 1938, the temple was closed, its facade was disfigured and the organ destroyed. The priest of the temple was shot, after he tried to challenge the government's decision.

In 1990, the priest Tadeusz Pikus held the first mass on the steps of the temple. A year later the temple was officially handed over to the parish. The restoration of the temple began, and on December 12, 1999 it was solemnly consecrated - from this moment the church received the status of a cathedral.

In 2005, in the cathedral of the Immaculate Conception, a body appeared again - a gift from Basel's Lutheran Cathedral.

In Ukrainian (Divine Liturgy of the Eastern Rite): on Sundays at 10:00 (in the chapel next to the cathedral)

In French and English: on Sundays at 12:15 (in the chapel in the crypt)

In Armenian (Liturgy of the Armenian Rite): on Sundays at 15:30

Church of St. Louis of the French

The day after the capture of the Bastille, July 15, 1789, French vice-consul Conder de Boss appealed to Catherine II for permission to build a French church in Moscow. Construction stretched for several decades - mainly because there was not enough money. But on November 24, 1835 the church was solemnly consecrated in the presence of all the important persons of the city.

After the revolution, the divine services in the church of St. Louis did not stop. Masses were still conducted here, but they were carried out under strict supervision first by the Cheka, and then by the KGB, whose headquarters were located in the neighborhood.

In 1991 the church was returned to the French Catholic Church.

In Latin: on Mondays, Tuesdays, Thursdays, Fridays and Sundays at 8:00

The Catholic Church of Saint OlgaHistory

By 2000, the two existing Catholic churches were not enough, and it was decided to found the third temple, the place for which was chosen not in the center, but on the outskirts of Moscow. In 2003, the parish of St. Olga was given the building of the Palace of Culture, which was converted to the needs of the church. Work in the temple is still ongoing, but in parallel, he accepts the faithful.

Cathedral of Saints Peter and Paul

In 1817, the community bought the Lopukhins' estate near Pokrovka Street in Kosmodamiansky Lane (since 1922 - Starosadsky Lane). June 15, 1818 in the presence of the King of Prussia, Friedrich Wilhelm III, the Church of Sts. Peter and Paul. With the money of the King of Prussia, as well as the Emperor Alexander I, who granted a loan of 40,000 rubles, of which the community needed only 33,000 rubles to pay, the reconstruction of the house bought for the church, the erection of the dome and the cross began.

The history of the Anglican community in Moscow begins in 1553, when Tsar Ivan the Terrible allowed British merchants to conduct worship services in accordance with their religion.

The first Anglican church appeared on January 13, 1885, when a solemn divine service took place, at which Bishop Jonathan Titcomb, who had arrived from London, officially consecrated the church in honor of St. Andrew the patron saint of Scotland, since the Scots were the overwhelming majority in the English community in Moscow.

During the Soviet Union, the church housed the recording studio Melodia, which was engaged in the recording and production of records - the acoustics of the church hall was appreciated, all the leading musicians were recorded there.

Only after the visit of Queen Elizabeth II to Moscow in 1994, Russian President Boris Yeltsin returned the church building to the Anglican community.