On June 16, the courtyard of the Art and Design School (HSE Faculty of Communications, Media and Design) was turned into a true podium with a fashion show taking place under the Black Box open sky. Thirteen original costume models were prepared by second-year students of the school as part of their final project defence. 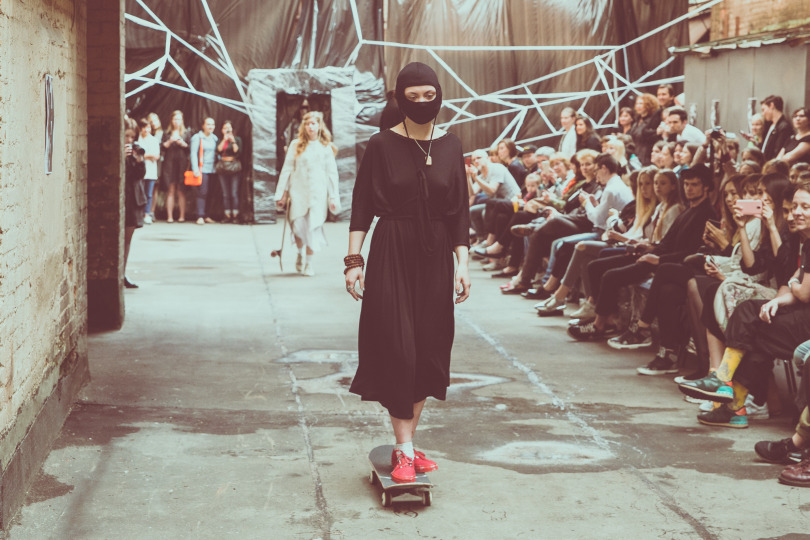 The costumes presented were not a single collection; rather, they were visual illustrations of the extensive research that each student in conducted under the direction of Maria Smirnova (Inshade), the course’s curator and designer. ‘During the last module, we worked on final projects; we chose a topic, explored it from available sources, and then moved on to creating mood boards and sketches. Only after that did we begin working on the item itself’, said Alina Lobanov, one of the show’s participants.

The themes of the costumes were very different – ranging from the principles of Japanese deconstructivist designers to merging traditional Tibetan costumes with skate culture. ‘I studied the Japanese designers, but I transferred their working methods to my own associations, so my work is both an allusion to the Russian sundress and a quilted jacket’, explained Alina. ‘My choice of materials – linen and crepe de Chine – is connected with Russian motifs’.

Despite the fact that each designer had his or her own idea, the show was united by a common concept of the Black Box – an unknown space obtaining information and hiding the production process. Preparation for the event was motivated by this idea – brick walls were draped with black cellophane and chairs were loosely covered with cling film. 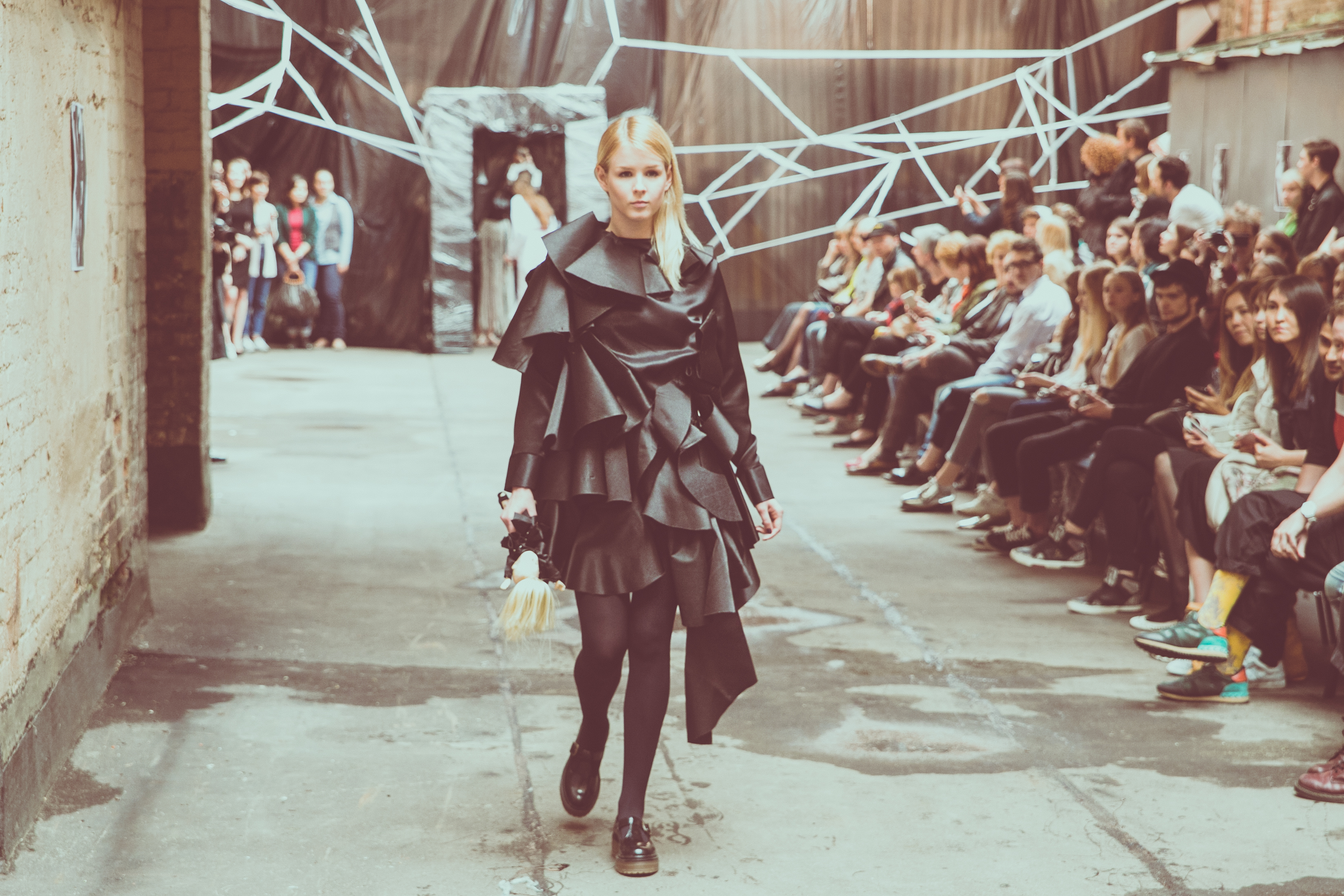 The students not only designed and sewed costumes, but they also came up with the show’s concept and the corresponding design for the event. In addition to creating a costume, each student took on additional responsibilities. One was in charge of directing, and others were responsible for casting, styling, make-up for models and postproduction. The students were thus able to try their hand in different guises and understand what area of the ​​fashion industry is most interesting to them. 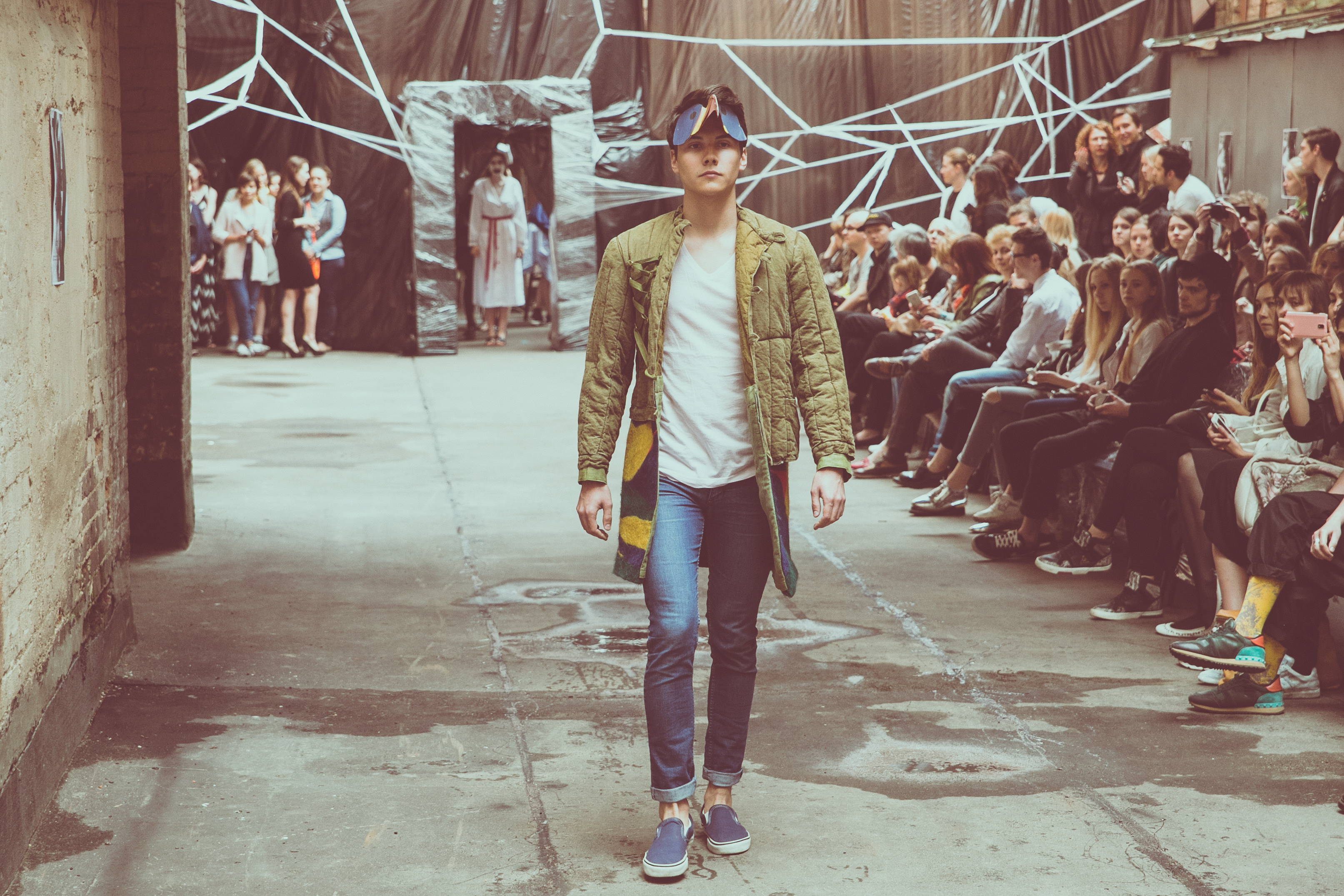 This is the second fashion show held by the Art and Design School. Last December, students staged Papershow, which featured costumes of unusual and unexpected materials, including perforated and ruffled paper, plastic spoons and cocktail straws...