The Faculty of Communication, Media, and Design, named as such by the clever students of CoMeDe, offers an education completely unique to Russia. The Faculty’s goal is to help creative people become even more creative and to offer diligent students the incredible opportunity of being inventive with their zeal. Who do we prepare? People able to create shows like the opening ceremony of the 2014 Winter Olympic Games in Sochi or the 2012 Summer Games in London. Our department prepares bachelor’s students of design, journalism, and advertising, and we understand the importance of working as a team. This is the only way to achieve success in today's world. We teach students how to see, narrate, convince, and transform. And always be on the crest of a wave.

Article
“It’s No Longer Taboo, is It?” Stories of Intimate Citizenship of People with Disabilities in Today’s Russian Public Sphere

HSE Students in International Student Talk Show on US Elections

On November 4th, 2016, students from many countries took part in an online broadcast to discuss the final stage of the US presidential campaign 2016. The event was organized by the Global Campus Network at Ryerson University, Toronto. Two students from HSE's Faculty of Communications, Media, and Design delivered their report from the HSE Media Centre.
Education students international cooperation media production
November 07, 2016 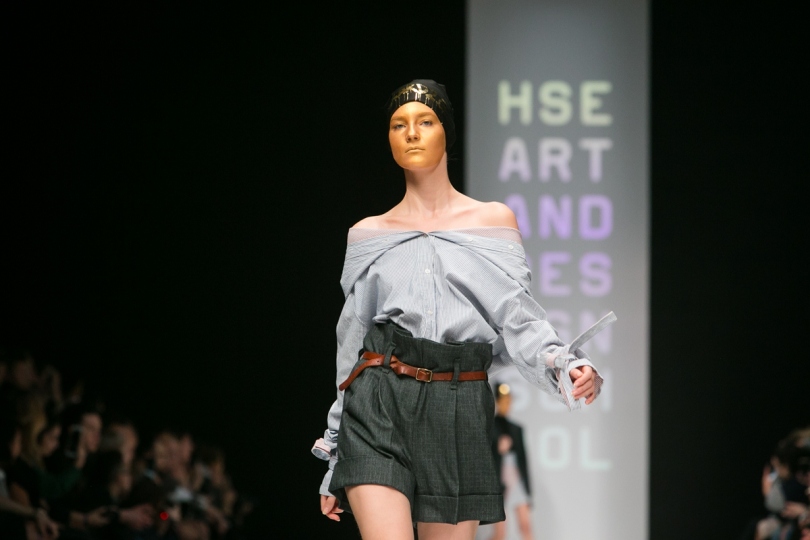 Students from the HSE School of Design specializing in fashion presented their new collection H.A.R.D. 2.0 – a mix of works styled in a single concept. For a year HSE students have been experimenting with forms and techniques, deconstructing and creating new forms from old ones.
Community students design fashion
October 14, 2016

This summer, Milena Rubleva, a fourth-year student of Journalism at HSE, presented a visualization of her study at the Connected Life 2016: Collective Action and the Internet Conference. She told the HSE News Service about the conference that was hosted by PhD students at the Oxford Internet Institute, which is part of the University of Oxford.
Research&Expertise students international conferences journalism
September 16, 2016

‘I Know That More Than One Olympic Games Await Me’

Several HSE graduates worked at the Olympic Games, which recently came to a close in Rio. Elena Stenkina, Daria Smirnova, and Evgenia Dolina told the HSE news service how they came into the sports industry thanks to HSE, even though several years ago they couldn’t even imagine having anything to do with sports.
Society alumni journalism Olympics sports management
August 22, 2016

Tatiana Rivchun, Deputy Dean of the Faculty of Communications, Media and Design talked with The HSE Look about the School of Design and its international projects.
On Campus design HSE faculties The HSE LooK
August 18, 2016

Faculty of Communications, Media and Design: Projects and Plans

On April 25th and 26th, 2016, an international conference ‘Comparing Media Systems in BRICS Countries: A Review of Conventional Paradigms’ took place at HSE. The event was organized by the Faculty of Communications, Media and Design, and supported by IAMCR.
Research&Expertise
May 30, 2016

Two HSE student projects have taken prizes at the All-Russian competition for communications projects Eventиада Awards 2015. The reality TV show Battle of the Businesses  took first place for Best  Student Project while the online magazine The Вышка (The Vyshka) won third prize for Best Creative Project of the Year. Both projects were supported by the HSE Student  Initiative Fund.
On Campus achievements
October 29, 2015

Second year master’s student in Media Management at HSE Arslan Khasavov has been appointed to the jury of the All-Russian Student Booker — the junior version of the Russian Booker prize.
Society students achievements
October 29, 2015
1 2 3 4 5 6 7 8 9 10